Hello, this time we will discuss about a camera product from Nikon which is a camera that is often used by low entry level photographers both because it is still a cloud with the world of photography and because of mediocre financial capabilities when wanting to buy a camera. Yes, Nikon D60 is a camera that we will discuss in this article. The camera with the initial generation of manufacturing was released in 2008 and was equipped with several advanced technologies as well as complementary features that were not owned by its predecessor at the time, one of which with a much better resolution that is 10.2 Megapixels.

Although the body design of the Nikon D60 camera is still the same as its predecessor, but it has advantages in the resolution it has a quite high one, what’s more is helped by the latest sensors at that time EXPPED that will make each photo more detailed and amazing.

In addition to a sufficient sponsorship for a very affordable price, the advantages of the Nikon D60 camera are also equipped with a stop motion movie set that makes it easier for us to take videos, not only that Nikon also saves the eye sensor and anti-dust mode that makes the camera safer and more practical . 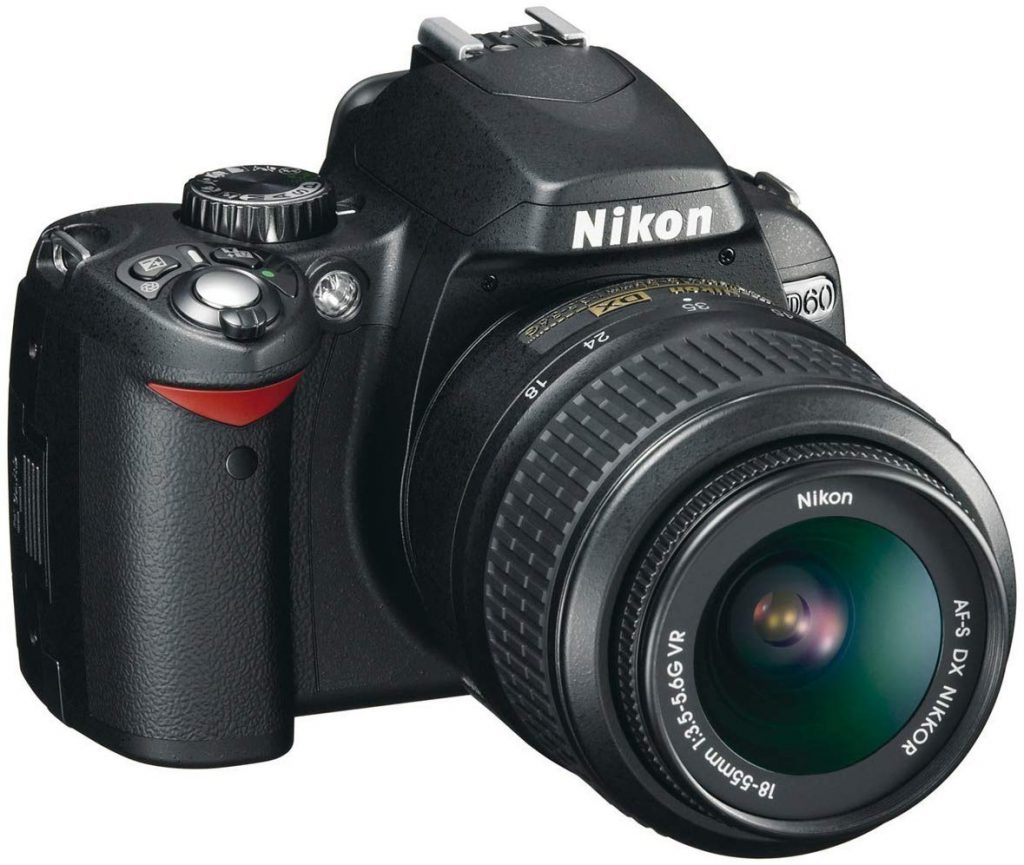 But because this is a low entry level camera, of course there are disadvantages of this Nikon D60 camera. There are several disadvantages or disadvantages of the Nikon D60 camera which is regretted by consumers, namely located at the focal point which only has 3 points, and also this camera is not yet supported with the live view feature. Indeed, for beginners, the number of 3 focus points may not be too problematic, but the lack of a live view feature might be a bit inconvenient for beginners who are not yet proficient in using the viewfinder on the camera.

In terms of output the Nikon D60 camera is not yet equipped with a wifi network that can connect to the internet network, but it can be enhanced by the completeness of other features, such as a fairly large zoom specification that makes images clearer and clearer. The sensor and the total pixel can be said to be balanced when compared to the previous Nikon camera series. And if you want to see the details, then you can look at the table bellow.

Well, we hope that this information will help yo to decide what camera that you should buy and know the positive and negative points of Nikon D60.

The Full Description and Specifications of Nikon D70 DSLR Camera